Home
Our StoryOur ProjectsContact Us 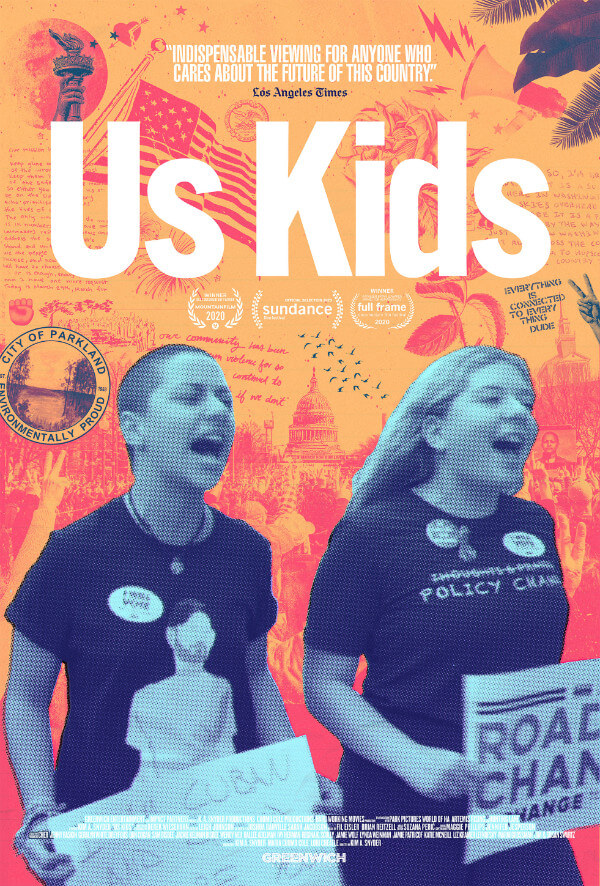 After a mass shooting at Marjory Stoneman Douglas High School claims 17 lives, a number of students rally themselves around the tragedy as an opportunity to speak out against the national gun-violence epidemic.

As their adrenaline propels a dive into full-on activism, their movement catalyzes, and students impacted by gun violence nationwide join in, giving voice to a generation of traumatized but determined youth.

Director Kim A. Snyder (Newtown, 2016 Sundance Film Festival) returns to the Festival with a film that carefully chronicles 18 pivotal months in the development of the March For Our Lives movement through a deeply personal lens. With extended access to the young activists not only on stage but in their homes and among their friends, Us Kids allows us to see them through one another’s eyes—as “normal-ass kids” bravely dealing with the weight of their traumas. Snyder tells the touching coming-of-age story of this group of driven, resilient, empathetic individuals all navigating the personal consequences of their remarkable choice to dedicate their own lives to honor the fallen and take back democracy.